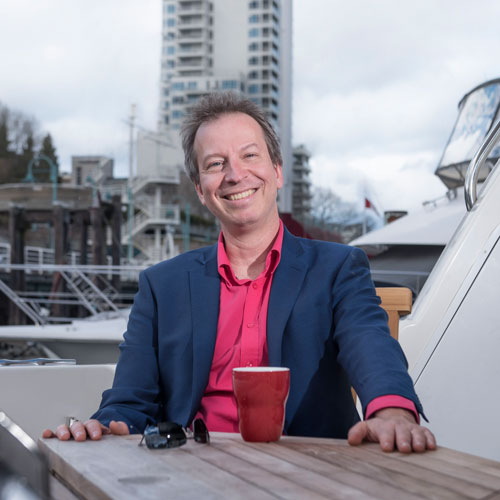 Classical & Casual is more than a simple brand or catch phrase for the Vancouver Island Symphony. It’s a way of performing, bringing live music to Nanaimo and beyond, without boundaries but with plenty of enthusiasm, passion, commitment and talent! Attending a VIS concert is also one of the best possible ways to relieve daily life stresses. Live music has a transforming, transporting, transcending power - an experience which brings comfort, happiness, social interaction, a sense of belonging… an escape unlike any other form of entertainment.

Enjoy great performances of great works by great composers! Dvorak , Bach , Tchaikovsky , Mozart , Johann Strauss , Gershwin … breathtaking and groundbreaking, bold new pieces by Nett , Gimon , Louie, Bergmann… spectacular concertos , novelties and discoveries… this will be a musical celebration not to be missed! Happy 25th to all!

Welcome to our 25th Anniversary Season 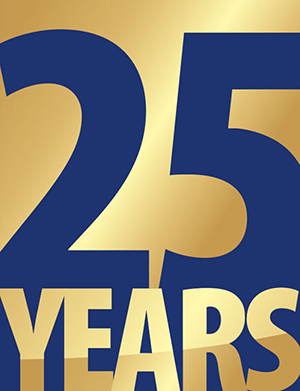 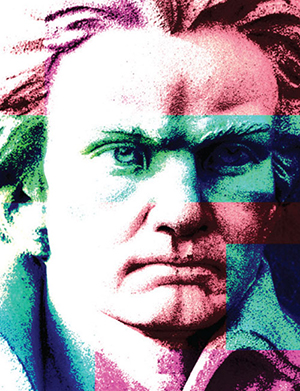 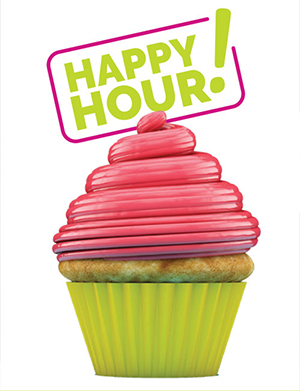 HAPPY BIRTHDAY TO US! 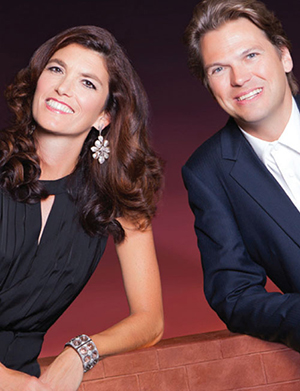 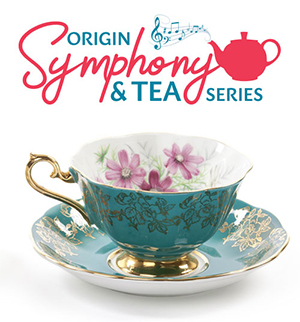 FOR THE LOVE OF OBOE 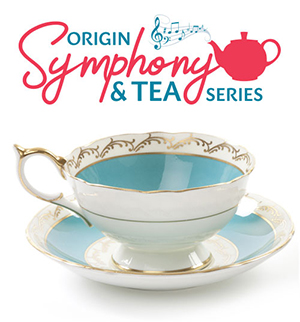 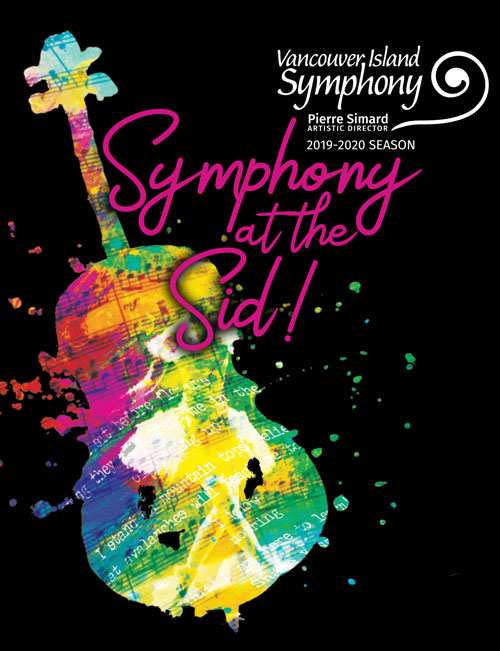 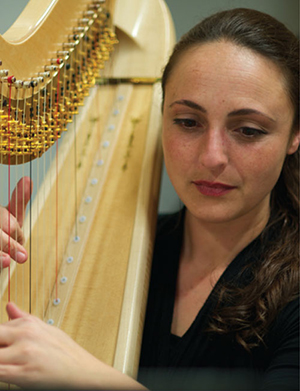 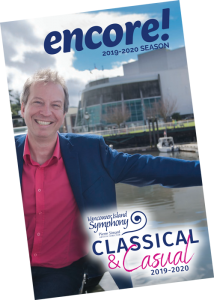 Antonín Leopold Dvořák (8 September 1841 – 1 May 1904) was a Czech composer, one of the first to achieve worldwide recognition. Following the Romantic-era nationalist example of his predecessor Bedřich Smetana, Dvořák frequently employed rhythms and other aspects of the folk music of Moravia and his native Bohemia. Dvořák's own style has been described as "the fullest recreation of a national idiom with that of the symphonic tradition, absorbing folk influences and finding effective ways of using them".

Dvořák displayed his musical gifts at an early age, being an apt violin student from age six. The first public performances of his works were in Prague in 1872 and, with special success, in 1873, when he was aged 31. Seeking recognition beyond the Prague area, he submitted a score of his First Symphony to a prize competition in Germany, but did not win, and the unreturned manuscript was lost until rediscovered many decades later. In 1874 he made a submission to the Austrian State Prize for Composition, including scores of two further symphonies and other works. Although Dvořák was not aware of it, Johannes Brahms was the leading member of the jury and was highly impressed. The prize was awarded to Dvořák in 1874 and again in 1876 and in 1877, when Brahms and the prominent critic Eduard Hanslick, also a member of the jury, made themselves known to him. Brahms recommended Dvořák to his publisher, Simrock, who soon afterward commissioned what became the Slavonic Dances, Op. 46. These were highly praised by the Berlin music critic Louis Ehlert in 1878, the sheet music (of the original piano 4-hands version) had excellent sales, and Dvořák's international reputation was launched at last.

Johann Sebastian Bach, (31 March [O.S. 21 March] 1685 – 28 July 1750) was a German composer and musician of the Baroque period. He is known for instrumental compositions such as the Art of Fugue, the Brandenburg Concertos, and the Goldberg Variations as well as for vocal music such as the St Matthew Passion and the Mass in B minor. Since the 19th-century Bach Revival he has been generally regarded as one of the greatest composers of all time.

The Bach family already counted several composers when Johann Sebastian was born as the last child of a city musician in Eisenach. After becoming an orphan at age 10, he lived for five years with his eldest brother Johann Christoph Bach, after which he continued his musical development in Lüneburg. From 1703 he was back in Thuringia, working as a musician for Protestant churches in Arnstadt and Mühlhausen and, for longer stretches of time, at courts in Weimar—where he expanded his repertoire for the organ—and Köthen—where he was mostly engaged with chamber music. From 1723 he was employed as Thomaskantor (cantor at St. Thomas) in Leipzig. He composed music for the principal Lutheran churches of the city, and for its university's student ensemble Collegium Musicum. From 1726 he published some of his keyboard and organ music. In Leipzig, as had happened in some of his earlier positions, he had a difficult relation with his employer, a situation that was little remedied when he was granted the title of court composer by King Augustus III of Poland in 1736. In the last decades of his life he reworked and extended many of his earlier compositions. He died of complications after eye surgery in 1750 at the age of 65.

Pyotr Ilyich Tchaikovsky (7 May 1840 [O.S. 25 April] – 6 November [O.S. 25 October]1893), was a Russian composer of the romantic period, whose works are among the most popular music in the classical repertoire. He was the first Russian composer whose music made a lasting impression internationally, bolstered by his appearances as a guest conductor in Europe and the United States. He was honored in 1884 by Emperor Alexander III, and awarded a lifetime pension.

Although musically precocious, Tchaikovsky was educated for a career as a civil servant. There was scant opportunity for a musical career in Russia at that time and no system of public music education. When an opportunity for such an education arose, he entered the nascent Saint Petersburg Conservatory, from which he graduated in 1865. The formal Western-oriented teaching he received there set him apart from composers of the contemporary nationalist movement embodied by the Russian composers of The Five, with whom his professional relationship was mixed.

Born in Salzburg, Mozart showed prodigious ability from his earliest childhood. Already competent on keyboard and violin, he composed from the age of five and performed before European royalty. At 17, Mozart was engaged as a musician at the Salzburg court but grew restless and traveled in search of a better position. While visiting Vienna in 1781, he was dismissed from his Salzburg position. He chose to stay in the capital, where he achieved fame but little financial security. During his final years in Vienna, he composed many of his best-known symphonies, concertos, and operas, and portions of the Requiem, which was largely unfinished at the time of his early death at the age of 35. The circumstances of his death have been much mythologized.

He composed more than 600 works, many acknowledged as pinnacles of symphonic, concertante, chamber, operatic, and choral music. He is among the most enduringly popular of classical composers, and his influence is profound on subsequent Western art music. Ludwig van Beethoven composed his own early works in the shadow of Mozart, and Joseph Haydn wrote: "posterity will not see such a talent again in 100 years".

Johann Strauss II (25 October 1825 – 3 June 1899), also known as Johann Strauss Jr., the Younger, the Son, Johann Baptist Strauss, son of Johann Strauss I, was an Austrian composer of light music, particularly dance music and operettas. He composed over 500 waltzes, polkas, quadrilles, and other types of dance music, as well as several operettas and a ballet. In his lifetime, he was known as "The Waltz King", and was largely responsible for the popularity of the waltz in Vienna during the 19th century.

Strauss had two younger brothers, Josef and Eduard Strauss, who became composers of light music as well, although they were never as well known as their elder brother. Some of Johann Strauss's most famous works include "The Blue Danube", "Kaiser-Walzer" (Emperor Waltz), "Tales from the Vienna Woods", and the "Tritsch-Tratsch-Polka". Among his operettas, Die Fledermaus and Der Zigeunerbaron are the best known.

George Gershwin (born Jacob Bruskin Gershowitz, September 26, 1898 – July 11, 1937) was an American composer and pianist whose compositions spanned both popular and classical genres. Among his best-known works are the orchestral compositions Rhapsody in Blue (1924) and An American in Paris (1928), the songs Swanee (1919) and Fascinating Rhythm (1924), the jazz standard I Got Rhythm (1930), and the opera Porgy and Bess (1935) which spawned the hit Summertime.

Gershwin studied piano under Charles Hambitzer and composition with Rubin Goldmark, Henry Cowell, and Joseph Brody. He began his career as a song plugger but soon started composing Broadway theater works with his brother Ira Gershwin and Buddy DeSylva. He moved to Paris intending to study with Nadia Boulanger, but she refused him; he subsequently composed An American in Paris. He then returned to New York City and wrote Porgy and Bess with Ira and DuBose Heyward. It was initially a commercial failure but came to be considered one of the most important American operas of the twentieth century and an American cultural classic.

Gershwin moved to Hollywood and composed numerous film scores until his death in 1937 from a malignant brain tumor. His compositions have been adapted for use in films and television, and several became jazz standards recorded and covered in many variations.

Jason Nett is a Canadian composer, producer, and guitarist born in New Westminster, British Columbia. He was the resident composer for the Vancouver Island Symphony. He also works as a producer and performs internationally.

Jason Nett's commissioned works are frequently performed in Vancouver's "classical" community by orchestras, chamber ensembles, choirs etc.(listed below). Nett fuses the classical styles of composers like Bach and Beethoven with influences from Rock and Jazz. Nett's music integrates an emphasis on vibrant rhythm in many of his works. About his Vancouver Island commissioned work, Sonic Blue, Jason Nett says, "The piece is very up-tempo, very rhythmic, something you would find in blues-rock guitar today..."

Named as one of Canada's ‘hot 30 classical musicians under 30’ by the Canadian Broadcasting Company; composer, improviser, and vocalist Katerina Gimon's uniquely dynamic, poignant, and eclectic compositional style is rapidly gaining her a reputation as one of the most distinctive emerging voices in contemporary Canadian composition. Katerina’s music has been described as “sheer radiance” (Campbell River Mirror), “imbued…with human emotion” (San Diego Story), and capable of taking listeners on a “fascinating journey of textural discovery” (Ludwig Van). Her works have been performed across Canada, the United States, and Europe at prominent events such as ACDA Conferences (National and Regional), Choral Canada’s Podium Conference, and as part of the Vancouver Opera Festival, as well as at renowned venues such as Carnegie Hall and the Orpheum Theatre. Recent commissions include new music for the Vancouver Symphony Orchestra, the University of Montana, Open Ears Festival of Music and Sound, the Hamilton Children’s Choir, and the Orpheus Choir of Toronto. She is currently the composer-in-residence for female vocal ensemble Myriad and is primarily based in Vancouver, British Columbia, Canada.

A concerto (plural concertos, or concerti from the Italian plural) is a musical composition generally composed of three movements, in which, usually, one solo instrument (for instance, a piano, violin, cello or flute) is accompanied by an orchestra or concert band. It is accepted that its characteristics and definition have changed over time. In the 17th century, sacred works for voices and orchestra were typically called concertos, as reflected by J. S. Bach's usage of the title "concerto" for many of the works that we know as cantatas.