Appassionato best describes this programme starting with Stravinsky’s Pulcinella Suite. We showcase the music of two female composers from different eras with Ariel Barnes returning to perform Invisible Distance by Dorothy Chang, a beautiful piece commissioned by the VIS in 2015 and Overture in C Major by Fanny Mendelssohn. And to make it a family affair – we perform Fanny’s brother, Felix Mendelssohn’s “Italian” Symphony.

Dorothy CHANG : Invisible Distance (2015)
Spheres
In the Slow Time of Stars
In Darkness

Note: This programme and conductor were changed December 2022 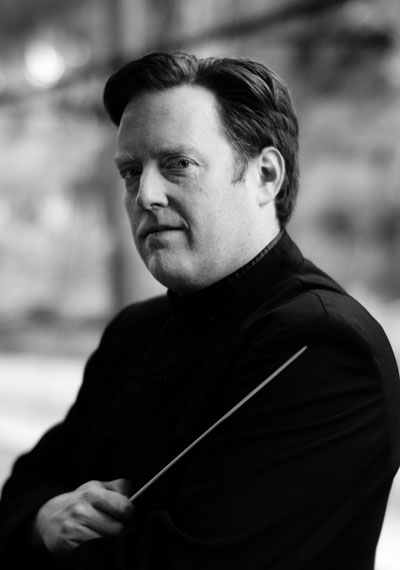 Conductor Jonathan Girard always knew that music would be his life.

Growing up in a musical home just outside Boston, one of Jonathan’s first memories is being held in his grandfather’s lap as he improvised tune after tune at the piano. He vividly remembers his first trip to hear the Boston Symphony and a performance of Debussy’s L’après-midi d’un faune.

“The colours were incredible,” he recalls, “I knew then that I wanted to surround myself with the sound of an orchestra.”

He began his musical training on the piano and took up viola, saxophone, clarinet and organ. He was always focused on conducting and earned his Doctorate from Eastman.

Jonathan sees the orchestra as a community of collaborators – a place where each musician can contribute their individual artistry to a unified whole. Whether he’s leading a symphony in South America, an opera in Europe or working with students as Director of Orchestras at the University of British Columbia School of Music, he focuses on collective breathing, phrasing and nuance while inspiring musicians to sing through their instruments.

He is an enthusiastic promoter of new and little-known repertoire, particularly works by female-identifying composers. He is involved in many interdisciplinary projects with virtual reality media labs and the visual arts. He engages with scholars exploring astronomy and earth, ocean and atmospheric sciences. Recently, he premiered a Noh opera by Farshid Samandari that integrated Japanese and Western classical music instruments and styles. Jonathan has also offered  Canadian and North American orchestral premieres of works by John Luther Adams, Samuel Coleridge-Taylor, Emmerich Kálmán, Oscar Navarro, Arvo Pärt, Francis Poulenc, Kaija Saariaho and Ana Sokolović.

Jonathan is fuelled by an endless curiosity and a thirst for exploration. He has an abiding desire to find beauty and to make it part of his life, a longing to share music with the world.

So it’s not surprising that off the podium, he loves to fly airplanes.

“I love the freedom of being in the skies and seeing the world from a unique perspective,” he says. “I love that, like conducting, flying combines science and artistry and requires multiple skills. I especially relish being able to explore places I’ve never been before.” 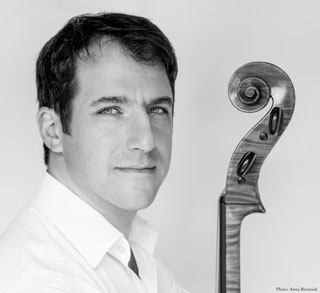 Described as “truly an inspiring Artist…the outstanding Canadian Cellist of his generation” (Maestro Bramwell Tovey), Ariel Barnes enjoys a diverse career as a soloist, chamber and orchestral musician, spanning Europe, North America and Asia.  With a passion for creating new music he is regularly working with composers, developing 21st Century literature for the cello in the solo and chamber genres.  He is a Canada Council Musical Instrument Bank Competition Laureat, was awarded “Artist of the Year” with his duo COULOIR at the Western Canadian Music Awards, and took first prize at the 24th International Johannes Brahms Competition in Pörtschach, Austria.

Fanny Mendelssohn (14 November 1805 – 14 May 1847) was a German composer and pianist of the early Romantic era who was also known as Fanny (Cäcilie) Mendelssohn Bartholdy and, after her marriage, Fanny Hensel (as well as Fanny Mendelssohn Hensel). Her compositions include a piano trio, a piano quartet, an orchestral overture, four cantatas, more than 125 pieces for the piano, and over 250 lieder, most of which went unpublished in her lifetime. Although praised for her piano technique, she rarely gave public performances outside her family circle.

She grew up in Berlin and received a thorough musical education from teachers including her mother, as well as the composers Ludwig Berger and Carl Friedrich Zelter. Her younger brother Felix Mendelssohn, also a composer and pianist, shared the same education and the two developed a close relationship. Due to her family’s reservations, and to social conventions of the time about the roles of women, six of her songs were published under her brother’s name in his Opus 8 and 9 collections. In 1829, she married artist Wilhelm Hensel and, in 1830, they had their only child, Sebastian Hensel. In 1846, despite the continuing ambivalence of her family towards her musical ambitions, Fanny Hensel published a collection of songs as her Opus 1. She died of a stroke in 1847.

Since the 1990s her life and works have been the subject of more detailed research. Her Easter Sonata was inaccurately credited to her brother in 1970, before new analysis of documents in 2010 corrected the error. The Fanny & Felix Mendelssohn Museum opened on 29 May 2018 in Hamburg, Germany.

Igor Fyodorovich Stravinsky  (17 June [O.S. 5 June] 1882 – 6 April 1971) was a Russian-born composer, pianist, and conductor. He is widely considered one of the most important and influential composers of the 20th century.

Stravinsky’s compositional career was notable for its stylistic diversity. He first achieved international fame with three ballets commissioned by the impresario Serge Diaghilev and first performed in Paris by Diaghilev’s Ballets Russes: The Firebird (1910), Petrushka (1911), and The Rite of Spring (1913). The latter transformed the way in which subsequent composers thought about rhythmic structure and was largely responsible for Stravinsky’s enduring reputation as a musical revolutionary who pushed the boundaries of musical design. His “Russian phase” which continued with works such as Renard, the Soldier’s Tale and Les Noces, was followed in the 1920s by a period in which he turned to neoclassicism. The works from this period tended to make use of traditional musical forms (concerto grosso, fugue and symphony), drawing on earlier styles, especially from the 18th century. In the 1950s, Stravinsky adopted serial procedures. His compositions of this period shared traits with examples of his earlier output: rhythmic energy, the construction of extended melodic ideas out of a few two- or three-note cells and clarity of form, and of instrumentation.

The suite consists of eight movements:

The suite was revised in 1947 to correct printing errors, change metronome markings and rename part VII.

Dorothy Chang (born 1970) is an American-born composer and a professor of music at the University of British Columbia.

Chang was born in Winfield, Illinois. Her parents’ families had fled to Taiwan from China during the Chinese Civil War, before immigrating to the United States. She graduated from the University of Michigan and Indiana University Jacobs School of Music in 2000 with degrees in composition. She married Canadian flutist Paolo Bortolussi, and the pair moved to British Columbia.

In 2003, Chang joined the music faculty at the University of British Columbia.

Chang composed a number of works for solo flute, including “Mirage II” and “Wrath”.

In 2007, Chang was the composer-in-residence of the Albany Symphony Orchestra. Her work “Strange Air” was performed at the Cabrillo Festival of Contemporary Music in 2008.

Chang was one of several Canadian composers commissioned by the Calgary Philharmonic Orchestra in 2017 to create the orchestra and dance piece True North: Symphonic Ballet, to celebrate Canada’s 150th birthday. Chang composed the fourth movement, “Northern Star”. The complete work was performed at Calgary’s True North Festival, and “Northern Star” was later performed by the Toronto Symphony Orchestra and at the Orpheum in Vancouver.

No, thank you. I do not want.
100% secure your website.
Felix Mendelssohn

Jakob Ludwig Felix Mendelssohn Bartholdy (3 February 1809 – 4 November 1847), born and widely known as Felix Mendelssohn, was a German composer, pianist, organist and conductor of the early Romantic period. Mendelssohn’s compositions include symphonies, concertos, piano music and chamber music. His best-known works include his Overture and incidental music for A Midsummer Night’s Dream, the Italian Symphony, the Scottish Symphony, the oratorio Elijah, the overture The Hebrides, his mature Violin Concerto, and his String Octet. The melody for the Christmas carol “Hark! The Herald Angels Sing” is also his. Mendelssohn’s Songs Without Words are his most famous solo piano compositions.

A grandson of the philosopher Moses Mendelssohn, Felix Mendelssohn was born into a prominent Jewish family. He was brought up without religion until the age of seven, when he was baptised as a Reformed Christian. Felix was recognised early as a musical prodigy, but his parents were cautious and did not seek to capitalise on his talent.

Symphony No. 4 "Italian"
by Felix Mendelssohn

The Symphony No. 4 in A major, Op. 90, commonly known as the Italian, is an orchestral symphony written by German composer Felix Mendelssohn.

The work has its origins, as had the composer’s Scottish 3rd Symphony and The Hebrides overture, in the tour of Europe which occupied Mendelssohn from 1829 to 1831. Its inspiration is the colour and atmosphere of Italy, where Mendelssohn made sketches but left the work incomplete. Below is a snippet of a letter he wrote to his father:

This is Italy! And now has begun what I have always thought … to be the supreme joy in life. And I am loving it. Today was so rich that now, in the evening, I must collect myself a little, and so I am writing to you to thank you, dear parents, for having given me all this happiness.

In February he wrote from Rome to his sister Fanny,

The Italian symphony is making great progress. It will be the jolliest piece I have ever done, especially the last movement. I have not found anything for the slow movement yet, and I think that I will save that for Naples.

Mendelssohn completed the symphony in Berlin on 13 March 1833, in response to an invitation for a symphony from the London (now Royal) Philharmonic Society. He conducted the first performance himself in London on 13 May 1833 at a London Philharmonic Society concert. The Germania Musical Society of Boston gave the first performance in the United States, on 1 November 1851, with Carl Bergmann conducting.