Join us for Tea & Treats in the theatre lobby following the concert! 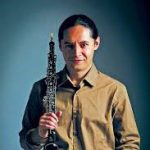 All Tickets sold through the Port Theatre Ticket Centre

Pick any 5 Season Shows for $277
Save $58 (17%) off Premium Ticket Price
Pay in up to 3 installments for Season Ticket Packages.

All ticket prices include: GST and The Port Theatre’s Capital Development Fee: $2.
A $1 per ticket fee will be added to your Subscription Order OR $2.50 for Single Tickets.
Dress: Anything goes, we are Classical & Casual.

Subscribers can renew their seats first and at the best discounted price.
They can exchange their tickets for other VIS performances and can
receive a tax receipt if they are not able to use their ticket. They must advise
the Port Theatre Ticket Centre a minimum of 24 hours in advance of show. 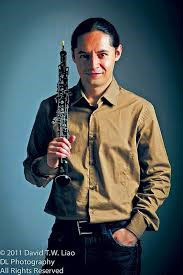 Whether performing La Boheme with the Vancouver Opera, Le Sacre du printemps with the Vancouver Symphony, collaborating with ethnical performers from various latitudes with the Vancouver Intercultural Orchestra or exploring the most avant-garde trends with the Vancouver New Music ensemble, oboist Geronimo Mendoza can be found on stage collaborating with virtually every ensemble of the Canadian West Coast. A formerly member of the Mexico City Philharmonic, with which he toured Europe, Asia and North America, he now calls the Vancouver Island Symphony his musical home. Before leaving his native land, Mexico, to establish with his family in British Columbia, he  attended various international music festivals working with world-celebrated artists, and was recipient of numerous awards and grants from the Mexican Arts Council as a solo artist and chamber musician.

Franz Joseph Haydn (31 March 1732 – 31 May 1809) was an Austrian composer of the Classical period. He was instrumental in the development of chamber music such as the piano trio. His contributions to musical form have earned him the epithets "Father of the Symphony" and "Father of the String Quartet".

Haydn spent much of his career as a court musician for the wealthy Esterházy family at their remote estate. Until the later part of his life, this isolated him from other composers and trends in music so that he was, as he put it, "forced to become original".[c] Yet his music circulated widely, and for much of his career he was the most celebrated composer in Europe.

He was a friend and mentor of Mozart, a tutor of Beethoven, and the older brother of composer Michael Haydn.

It is scored for 2 oboes, bassoon, 2 horns, strings and continuo, and unlike most C major symphonies by Haydn lacks trumpets and timpani. The work is in three movements:

Unusually among Haydn's symphonies, this work lacks a slow movement, but it is partially compensated by the slow introduction.

Bohuslav Jan Martinů (December 8, 1890 – August 28, 1959) was a Czech composer of modern classical music. Martinů wrote 6 symphonies, 15 operas, 14 ballet scores and a large body of orchestral, chamber, vocal and instrumental works. He became a violinist in the Czech Philharmonic Orchestra, and taught music in his home town. After leaving Czechoslovakia in 1923 for Paris, Martinů deliberately withdrew from the Romantic style in which he had been trained. In the 1930s he experimented with expressionism and constructivism, and became an admirer of current European technical developments, exemplified by his orchestral works Half-time and La Bagarre. He also adopted jazz idioms, for instance in his La revue de cuisine ("Kitchen Revue").

In the early 1930s he found his main fount for compositional style: neoclassicism as developed by Stravinsky. He become prolific, quickly composing chamber, orchestral, choral and instrumental works. His use of the piano obbligato became his signature. His Concerto Grosso and the Double Concerto for Two String Orchestras, Piano and Timpani are among his best known works from this period. Among his operas, Julietta and The Greek Passion are considered the finest. He is compared with Prokofiev and Bartók in his innovative incorporation of Central European ethnomusicology into his music. He continued using Bohemian and Moravian folk melodies throughout his oeuvre, usually nursery rhymes—for instance in Otvírání studánek ("The Opening of the Wells").

His symphonic career began when he emigrated to the United States in 1941, fleeing the German invasion of France. His six symphonies were performed by all the major US orchestras. Eventually Bohuslav Martinů returned to live in Europe for two years starting in 1953, then was back in New York until returning to Europe for good in May 1956. He died in Switzerland in August 1959.

Bohuslav Martinů's Concerto for Oboe and Small Orchestra, H. 353, was written in 1955 for the Czech-born Australian oboist Jiří Tancibudek. Tancibudek had been performing oboe recitals in Australia following his emigration there, and had been often asked to play more Czech music. Although he had never met Martinů, they had both played in the Czech Philharmonic (albeit 30 years apart). When Tancibudek wrote to the composer in the early 1950s asking for such a piece, he was initially rebuffed. But Martinů wrote again in 1954, saying he would write the work and asked Tancibudek to introduce it to the world.

It was sponsored by the Sydney Daily Telegraph newspaper in celebration of the 1956 Olympic Games in Melbourne. Tancibudek gave the world premiere in August 1956 in Sydney, with the Sydney Symphony Orchestra conducted by Hans Schmidt-Isserstedt.

Tancibudek also gave European premieres in London (27 February 1958 in the BBC Studio in Maida Vale), Hamburg (March 1958), and Vienna, and the North American premiere in Vancouver, Canada. He was due to play the public British premiere at the Proms but time constraints prevented this; instead it was performed at the Proms on 24 August 1959, four days after the composer's death, by Tancibudek's friend Evelyn Rothwell, with her husband Sir John Barbirolli conducting. The Czech premiere took place in 1960, with František Hanták as the soloist.

The three movements are marked:

The score reveals the influence of Igor Stravinsky, including a quotation of a motif from Petrushka in the second movement. The score contains a prominent part for an orchestral piano. It takes about 16 minutes to play.

Sergei Sergeyevich Prokofiev (27 April [O.S. 15 April] 1891 – 5 March 1953) was a Russian Soviet composer, pianist and conductor. As the creator of acknowledged masterpieces across numerous musical genres, he is regarded as one of the major composers of the 20th century. His works include such widely heard pieces as the March from The Love for Three Oranges, the suite Lieutenant Kijé, the ballet Romeo and Juliet — from which "Dance of the Knights" is taken — and Peter and the Wolf. Of the established forms and genres in which he worked, he created – excluding juvenilia – seven completed operas, seven symphonies, eight ballets, five piano concertos, two violin concertos, a cello concerto, a symphony-concerto for cello and orchestra, and nine completed piano sonatas.

A graduate of the St Petersburg Conservatory, Prokofiev initially made his name as an iconoclastic composer-pianist, achieving notoriety with a series of ferociously dissonant and virtuosic works for his instrument, including his first two piano concertos. In 1915, Prokofiev made a decisive break from the standard composer-pianist category with his orchestral Scythian Suite, compiled from music originally composed for a ballet commissioned by Sergei Diaghilev of the Ballets Russes. Diaghilev commissioned three further ballets from Prokofiev—Chout, Le pas d'acier and The Prodigal Son—which at the time of their original production all caused a sensation among both critics and colleagues. Prokofiev's greatest interest, however, was opera, and he composed several works in that genre, including The Gambler and The Fiery Angel.

Sergei Prokofiev began work on his Symphony No. 1 in D major (Op. 25) in 1916, but wrote most of it in 1917, finishing work on September 10. It is widely known as the Classical Symphony, a name given to it by the composer. It premiered on April 21, 1918 in Petrograd, conducted by Prokofiev himself, and has become one of his most popular and beloved works.

The symphony is written in a style based on that of Joseph Haydn, but does not follow Haydn strictly (for example, its use of modulation is much freer), and it does not contain any quotations from Haydn. Thus it can be considered to be one of the first neoclassical compositions. The work was partly inspired by his conducting studies at the Saint Petersburg Conservatory, where the instructor, Nikolai Tcherepnin, taught his students about conducting Haydn, among other composers.

Prokofiev wrote the symphony on holiday in the country, using it as an exercise in composing away from the piano.

The symphony is in four movements, and lasts only about ten to fifteen minutes:

The symphony is scored for a classical period orchestra consisting of 2 flutes, 2 oboes, 2 clarinets, 2 bassoons, 2 horns, 2 trumpets, timpani and strings.

Whether performing La Boheme with the Vancouver Opera, Le Sacre du printemps with the Vancouver Symphony, collaborating with ethnical performers from various latitudes with the Vancouver Intercultural Orchestra or exploring the most avant-garde trends with the Vancouver New Music ensemble, oboist Geronimo Mendoza can be found on stage collaborating with virtually every ensemble of the Canadian West Coast. A formerly member of the Mexico City Philharmonic, with which he toured Europe, Asia and North America, he now calls the Vancouver Island Symphony his musical home. Before leaving his native land, Mexico, to establish with his family in British Columbia, he  attended various international music festivals working with world-celebrated artists, and was recipient of numerous awards and grants from the Mexican Arts Council as a solo artist and chamber musician.

Oboes belong to the classification of double reed woodwind instruments. Oboes are usually made of wood, but there are also oboes made of synthetic materials. The most common oboe plays in the treble or soprano range. A soprano oboe measures roughly 65 cm (25.5 in) long, with metal keys, a conical bore and a flared bell. Sound is produced by blowing into the reed at a sufficient air pressure, causing it to vibrate with the air column. The distinctive tone is versatile and has been described as "bright". When the word oboe is used alone, it is generally taken to mean the treble instrument rather than other instruments of the family, such as the bass oboe, the cor anglais (English horn), or oboe d'amore

A musician who plays the oboe is called an oboist.

Today, the oboe is commonly used in concert bands, orchestras, chamber music, film music, some genres of folk music, and as a solo instrument, and occasionally heard in jazz, rock, pop, and popular music.