ALL SCHEDULED LIVE IN-THEATRE PERFORMANCES AVAILABLE FOR STREAMING ONLY.

Due to the continued in-person gathering restrictions and limitations brought about by the COVID pandemic we are unable to invite you into our theatres for live in-person concerts.

Trout and salmon are on the musical menu in the Vancouver Island Symphony’s next live-streamed concert.

This Concert  is offered as
Live-Streaming  & In-Theatre.

Calvin Dyck has been concertmaster for the Vancouver Island Symphony in Nanaimo since 2000, and is also the director for the Abbotsford Youth Orchestra.  Calvin has played concerts in over 15 countries, and is in demand as a producer, teacher, conductor and adjudicator.  Although a college aptitude test recommended a career as a tug boat captain, Calvin finished a DMA in Violin Performance as USC with minors in choral conducting, and music history. He currently has about 25 students.  Some of his former students are currently studying at universities across Canada, and several have played with the Vancouver Island Symphony. Calvin was awarded the Queen Elizabeth II Diamond Jubilee Medal for service to the community.  He has also been awarded an honorary Doctor of Humanities by Trinity Western University.  In these unusual times he is grateful to have some musical opportunities along with part-time employment as a farmer and a delivery driver. 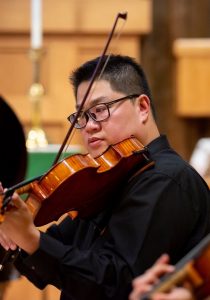 Manti Poon has held the position of principal violist with the Vancouver Island Symphony Orchestra for 19 years. He has also performed with the VSO and CBC Vancouver Orchestra. Manti had collaborated with the members of the Pacific Rim, Rose Gellert, Koerner, Vancouver, Borealis, Purcell and Emerson String Quartets. Manti served on the faculty at the Douglas College, the Kwantlen Polytechnic University, the Vancouver Academy of Music and the VSO School of Music. He is also the violin and viola instructor at West Point Grey Academy. Manti coached and conducted the Vancouver Youth Symphony, the Surrey Youth Orchestra, the Vancouver Academy Youth Orchestra, the Coquitlam Youth Orchestra and he is the Associate Conductor of the Intermediate Division at the Richmond Delta Youth Orchestra. Manti was also on faculty at UBC String Music Camp, Courtney Youth Music Camp, VAM Music Camp, North Shore Music Camp and MMM Music Camp in Washington State.  He studied viola performance with Professor David Harding at the University of British Columbia on full scholarship. Manti performs on a viola by Marino Capicchioni and a rare Sartory viola bow on loan to him by Poesis Fine Instruments & Bows. 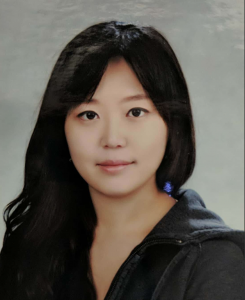 Born in Incheon, South Korea, Min Jee Yoon completed her Bachelor of Music degree from the Kyung-won University in Korea and an Artist diploma from the Vancouver Academy of Music. She has participated in master-classes by distinguished cellists such as Aldo Parisot, Daniel Muller Schott and Desmond Hoebig. After moving to Canada, she enjoyed two months at the NACO’S Institute of Orchestra Studies in the autumn of 2011, which allowed her the opportunity to perform with the National Art Centre Orchestra under the baton of Pinchas Zuckerman. She was previously a section cellist of the Kitchener Waterloo Symphony Orchestra. Since 2016, Min Jee also performs regularly as a substitute player with the Vancouver Symphony Orchestra. She currently holds the position of Principal Cellist with the Vancouver Island Symphony. 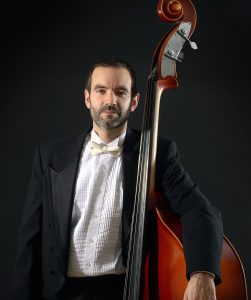 Mark Beaty currently serves as principal bass for the Vancouver Island Symphony and performs frequently with the VSO, Victoria Symphony and other classical, new and world music ensembles around Vancouver. Mark began studying cello at the age of six but switched to double bass in high school, an opportunity made possible by the VSB strings program. After completing his music degree at the University of Victoria, he moved to Havana where he studied Cuban music and dance at the National Arts Institute. Returning to Canada, he formed the Cuban music ensemble La Candela, which formed a mainstay of the Vancouver salsa scene. Mark has been the longtime bassist for The Be Good Tanyas, recording the JUNO nominated “Hello Love” album, and touring internationally. He twice served as musical director for Vancouver’s Bard on the Beach (The Tempest, 2008, 2014) and for three years taught music and leadership at the United World College in Metchosin, B.C. He has performed across Europe and North America and has recorded for the BBC, Radio Netherlands, NPR and Stuart McLean’s The Vinyl Café on CBC radio. Mark holds degrees from UVic, UBC and SFU, and teaches at Douglas College, KPU, and Saint James Music Academy in Vancouver.

Pianist Dr. Corey Hamm has premiered over three hundred solo, chamber, and concerto works by composers from all over the world. His CD of Frederic Rzewski’s hour-long solo piano epic The People United Will Never Be Defeated! won Spotify's Best Classical Recording 2014, and Best Classical Recording at the 2014 Western Canadian Music Awards. Corey’s extensive work with the great French composer Henri Dutilleux will come to fruition in his upcoming plan to record Dutilleux’s complete works for solo piano and chamber with piano. Other upcoming recordings include those by Piano and Erhu Project, The Nu:BC Collective, and one of solo piano works written for Corey by Chang, Morlock, Nobles, Hamel, Yedidia, and Maunders.

Recent and upcoming concerto performances include Prokofiev’s Piano Concerto 3, the world premiere of Dorothy Chang’s Gateways with PEP and the VSO, Bartok 2, Fauré’s Fantasie, and Lutoslawski. He has given many masterclasses and judged competitions nationally and internationally for such organizations as the American Piano Association Competition, Hong Kong Schools Music Competition, and the CMC Finals.

Corey is Professor of Piano at the UBC, where he was awarded the Killam Teaching Award. He is on the Piano Faculty of both the Summer Institute for Contemporary Performance Practice in Boston and MusicFest Perugia in Italy.

Chan Ka Nin (born 3 December 1949) is a Canadian composer and music educator of Chinese descent. He became a naturalized Canadian citizen in 1971. He has been commissioned to write works for the Calgary Philharmonic Orchestra, the CBC Radio Orchestra, the Esprit Orchestra, the Manitoba Chamber Orchestra, the National Arts Centre Orchestra, New Music Concerts, the Quebec Contemporary Music Society, and Symphony Nova Scotia among many others. He has also been awarded funds to compose works by the Canada Council, Ontario Arts Council, Ontario's Ministry of Citizenship and Immigration, and the Toronto Arts Council.[1] He has won two Juno Awards for Best Classical Composition.

Born and raised in Hong Kong, Chan immigrated with his family to Canada in 1965 at the age of 15. The family settled in Vancouver and after completion of high school, Chan entered the University of British Columbia where he studied music composition with Jean Coulthard while pursuing degrees in both music and electrical engineering. He graduated from the UBC in 1976 and proceeded to enter the graduate composition program at the Jacobs School of Music at Indiana University where he was a pupil of Bernhard Heiden. He earned both a Master of Music (1978) and a Doctor of Music (1983) from the school. In 1982 he pursued further studies in music composition at the Darmstädter Ferienkurse.

Franz Peter Schubert (German: [ˈfʁant͡s ˈpeːtɐ ˈʃuːbɐt]; 31 January 1797 – 19 November 1828) was an Austrian composer of the late Classical and early Romantic eras. Despite his short lifetime, Schubert left behind a vast oeuvre, including more than 600 secular vocal works (mainly lieder), seven complete symphonies, sacred music, operas, incidental music and a large body of piano and chamber music. His major works include the Piano Quintet in A major, D. 667 (Trout Quintet), the Symphony No. 8 in B minor, D. 759 (Unfinished Symphony), the ”Great” Symphony No. 9 in C major, D. 944, the String Quintet (D. 956), the three last piano sonatas (D. 958–960), the opera Fierrabras (D. 796), the incidental music to the play Rosamunde (D. 797), and the song cycles Die schöne Müllerin (D. 795) and Winterreise (D. 911).

Born in the Himmelpfortgrund suburb of Vienna, Schubert showed uncommon gifts for music from an early age. His father gave him his first violin lessons and his elder brother gave him piano lessons, but Schubert soon exceeded their abilities. In 1808, at the age of eleven, he became a pupil at the Stadtkonvikt school, where he became acquainted with the orchestral music of Haydn, Mozart, and Beethoven. He left the Stadtkonvikt at the end of 1813, and returned home to live with his father, where he began studying to become a schoolteacher. Despite this, he continued his studies in composition with Antonio Salieri and still composed prolifically. In 1821, Schubert was admitted to the Gesellschaft der Musikfreunde as a performing member, which helped establish his name among the Viennese citizenry. He gave a concert of his own works to critical acclaim in March 1828, the only time he did so in his career. He died eight months later at the age of 31, the cause officially attributed to typhoid fever, but believed by some historians to be syphilis.

Appreciation of Schubert's music while he was alive was limited to a relatively small circle of admirers in Vienna, but interest in his work increased greatly in the decades following his death. Felix Mendelssohn, Robert Schumann, Franz Liszt, Johannes Brahms and other 19th-century composers discovered and championed his works. Today, Schubert is ranked among the greatest composers of Western classical music and his music continues to be popular.

The Trout Quintet (Forellenquintett) is the popular name for the Piano Quintet in A major, D. 667, by Franz Schubert. The piano quintet was composed in 1819,[1] when he was 22 years old; it was not published, however, until 1829, a year after his death.

Rather than the usual piano quintet lineup of piano and string quartet, the Trout Quintet is written for piano, violin, viola, cello and double bass.

The quintet consists of five movements:

The rising sextuplet figure from the song's accompaniment is used as a unifying motif throughout the quintet, and related figures appear in four out of the five movements – all but the Scherzo. As in the song, the figure is usually introduced by the piano, ascending.