SEASONS OF THE SEA

Seasons of the Sea describes the seasons on and by the sea, with words inspired by the 13 moon season of the Coast Salish peoples, who used the tides and seasons of the sea, and the life it brings, as their calendar. The narrative written and performed by storyteller Rosemary Georgeson, Sahtu Dene/Coast Salish artist and violinist Joan Blackman with music by Jeffrey Ryan.

Seasons of the Sea is paired with Vivaldi’s Four Seasons which provides a contrast and comparison between past and present and between cultures; it is an evocation and celebration of coastal living through the inspiration of the sea.

Jeffrey RYAN : Seasons of the Sea 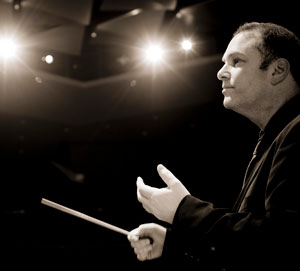 Yariv Aloni is the Music Director of the Victoria Chamber Orchestra, the Greater Victoria Youth Orchestra, and the Sooke Philharmonic Orchestra. He is also the principal guest conductor of the West Coast Symphony Orchestra in Vancouver.
He regularly performs with the Voces Intimae Quartet, Vetta Chamber Music, and in numerous chamber-music concerts, festivals, and recital series.
Former violist of both the Penderecki String Quartet and the Aviv Piano Quartet, he has performed in many concert halls, including Carnegie Hall and the Lincoln Center in New York, the Louvre in Paris, and the Tonhalle in Zürich. He has recorded for the United, Marquise, Tritonus, CBC, and other independent labels.
Born in Israel, Yariv studied viola with David Chen at the Rubin Academy of Music in Jerusalem; Daniel Benyamini, principal violist of the Israel Philharmonic Orchestra; and Michael Tree, violist of the Guarneri Quartet, and conducting the Hungarian conductor János Sándor, music director of the Budapest State Opera and the Györ Philharmonic Orchestra. He was a finalist at the François Shapira competition in Tel Aviv and won the Israel Broadcasting Authority award for chamber music performance as well as numerous awards and scholarships from the American-Israel Cultural Foundation.
Joan Blackman
Violin 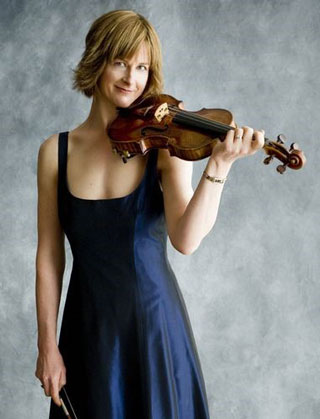 Artistic Director of Vancouver’s Vetta Chamber Music Society, Ms. Blackman enjoys a vibrant and varied musical life. She served as Associate Concertmaster of the Vancouver Symphony for many years and has performed and recorded as soloist with the Vancouver Symphony, Victoria Symphony, CBC Radio Orchestra, Turning Point Ensemble and the Banff Festival Orchestra. She also teaches privately and has given master classes throughout B.C.

Ms. Blackman is known throughout Canada and the U.S. as a fine chamber musician and has performed with premier groups such as the Penderecki String Quartet, the Purcell String Quartet and the Gryphon Trio. Besides performing and curating the Vetta Chamber Music series in Vancouver, she works with the Canadian Music Centre in their Celebration concert series. Joan is also a member of the Sea and Sky collective which has released two CDs and performs throughout B.C.

Joan has appeared on numerous series including Music in the Morning, Music Fest Vancouver, the Jeffrey Concerts in London, Ontario, and the American String Project. She has also appeared at summer festivals including the Hornby Island Festival, the Pender Harbour Chamber Music Festival, Kaimerata, and the Victoria Summer Music Festival.

“Your heart would need to be made of stone not to have loved Joan Blackman’s splendid solo“. “Shapelier phrases and sweeter tone would be hard to imagine”, “a ravishing tone”, “first ratesoloist”, “exchanged lines meltingly in a flawless performance” “playing with lyricism,precision, and evident joy”, are some of the accolades that have graced Joan’s reviews. 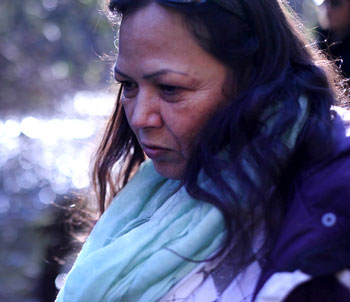 Rose came into her community art’s career later in life, after working for many years as a truck driver, resort cook and a deckhand on the fishboats, as a means of raising three children on her own. Rose came into control of her own life in 2000.

The recipient of the 2009 Vancouver Mayor’s Award recognizing her as an emerging artist in community arts, Rosemary has applied her talents in a variety of situations in the Downtown Eastside and throughout B.C. & the Northwest Territories and into the Yukon.

Rosemary has provided outreach and story consultation for Vancouver Moving Theatre’s In the Heart of a City: The Downtown Eastside Community Play and co-wrote and provided cast hospitality for We’re All In This Together: The Shadows Project.

She is Urban Ink Productions Community Liaison and worked closely with Marie Clements on the CBC radio drama Hours of Water involving 100’s of participants – decades of women who lived and worked in the drowning west coast fishing industry.

Rosemary was associate producer of From Where We Speak (a theatrical bridge of words between two islands created by Penalakut and Galiano Island Aboriginal students).

Rosemary worked as project leader of The Squaw Hall Community Arts Project: A Community Remembers – a documentary film created by youth and elders from an Aboriginal perspective that was created for and within the Williams Lake community by co-producers urban ink and the Twin Fish Theatre Collective (Nelson).

Rosemary has been touring “Women In Fish” throughout B.C. and other parts of Canada. “Women in Fish” has been adapted as a two women touring show.

Rosemary also collaborated with Renae Morriseau and Savannah Walling on the “Story Weaving Project”, a contemporary story of urban Aboriginal life, which she was also project co-ordinator.

Rosemary’s first documentary “We Have Stories” screened in the fall of 2013 at “The Heart of the City Festival” and was also part of “Indigenous Women In Film” Screening / Discussion / Q&A at Liu Institute for Global Issues at UBC in May 2014.

Jeffrey Ryan (born 1962) was almost an accountant. Three months into his first semester at Wilfrid Laurier University, he begged to transfer into the Music Faculty to become a composer. Which, after growing up training his ear with Petula Clark, The Partridge Family, and Captain and Tennille, playing saxophone and flute in high school bands, singing in two choirs, and writing his own songs for voice class, surprised absolutely no one.

Now, as a freelance composer based in Vancouver, Canada, Ryan finds inspiration in the world around him—nature, science, literature, visual art, even the stock market—and creates music that runs the gamut from orchestral and chamber works to opera, art song, and choral music.

Born in Venice, the capital of the Venetian Republic, Vivaldi is regarded as one of the greatest Baroque composers. His influence during his lifetime was widespread across Europe, giving origin to many imitators and admirers and was paramount in the development of Johann Sebastian Bach‘s instrumental music and the French concerto (Michel Corrette, Jean-Joseph de Mondonville, Louis-Nicholas Clérambault).

Vivaldi composed many instrumental concertos, for the violin and a variety of other musical instruments, as well as sacred choral works and more than fifty operas. His best-known work is a series of violin concertos known as the Four Seasons. Many of his compositions were written for the all-female music ensemble of the Ospedale della Pietà, a home for abandoned children. Vivaldi had worked as a Catholic priest for 18 months and was employed from 1703 to 1715 and from 1723 to 1740. Vivaldi also had some success with expensive stagings of his operas in Venice, Mantua and Vienna. After meeting the Emperor Charles VI, Vivaldi moved to Vienna, hoping for royal support. However, the Emperor died soon after Vivaldi’s arrival, and Vivaldi himself died in poverty less than a year later.

After almost two centuries of decline, Vivaldi’s musical reputation underwent a revival in the early 20th century, with much scholarly research devoted to his work. Many of Vivaldi’s compositions, once thought lost, have been rediscovered – in one case as recently as 2006. His music remains widely popular in the present day and is regularly played all over the world.

The Four Seasons
by Antonio Vivaldi

The Four Seasons (Italian: Le quattro stagioni) is a group of four violin concertos by Italian composer Antonio Vivaldi, each of which gives musical expression to a season of the year. These were composed around 1718−1720, when Vivaldi was the court chapel master in Mantua. They were published in 1725 in Amsterdam, together with eight additional concerti, as Il cimento dell’armonia e dell’inventione (The Contest Between Harmony and Invention).

The Four Seasons is the best known of Vivaldi’s works. Though three of the concerti are wholly original, the first, “Spring”, borrows patterns from a sinfonia in the first act of Vivaldi’s contemporaneous opera Il Giustino. The inspiration for the concertos is not the countryside around Mantua, as initially supposed, where Vivaldi was living at the time, since according to Karl Heller they could have been written as early as 1716–1717, while Vivaldi was engaged with the court of Mantua only in 1718.

They were a revolution in musical conception: in them Vivaldi represented flowing creeks, singing birds (of different species, each specifically characterized), a shepherd and his barking dog, buzzing flies, storms, drunken dancers, hunting parties from both the hunters’ and the prey’s point of view, frozen landscapes, and warm winter fires.

Unusual for the period, Vivaldi published the concerti with accompanying sonnets (possibly written by the composer himself) that elucidated what it was in the spirit of each season that his music was intended to evoke. The concerti therefore stand as one of the earliest and most detailed examples of what would come to be called program music—in other words, music with a narrative element. Vivaldi took great pains to relate his music to the texts of the poems, translating the poetic lines themselves directly into the music on the page. For example, in the middle section of “Spring”, when the goatherd sleeps, his barking dog can be heard in the viola section. The music is elsewhere similarly evocative of other natural sounds. Vivaldi divided each concerto into three movements (fast–slow–fast), and, likewise, each linked sonnet into three sections.