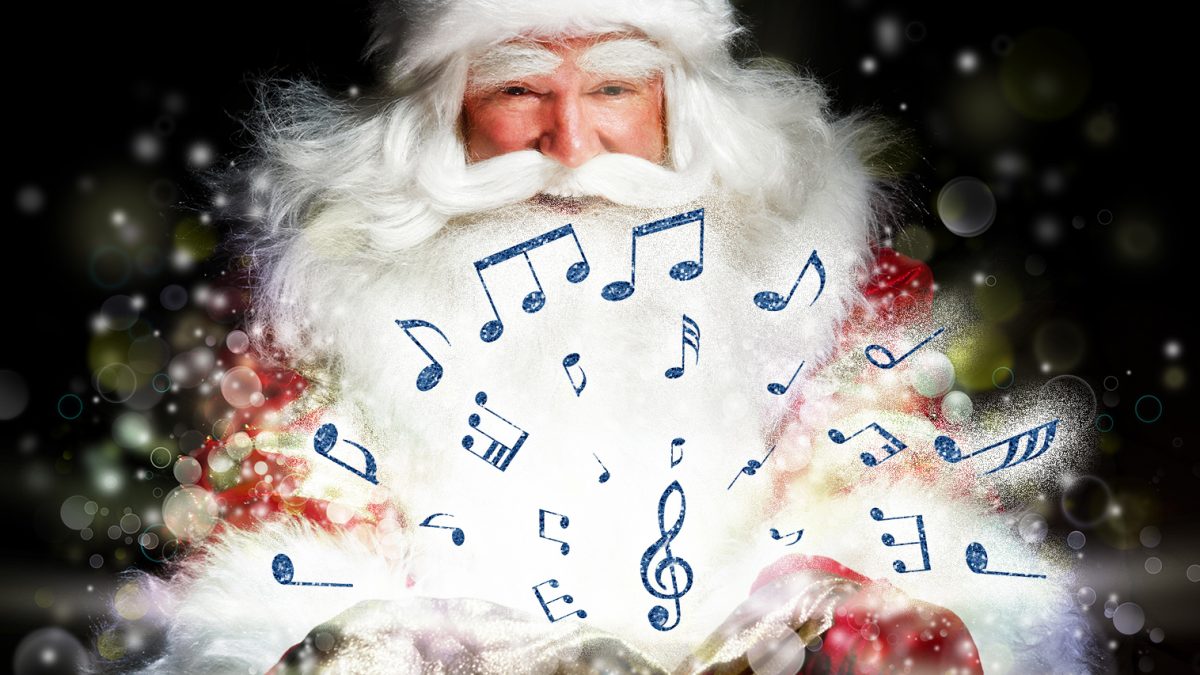 Christmas waves a magic wand over the world, and on December 14, the Vancouver Island Symphony, under the direction of Pierre Simard, will be ignited in that spirit, as we present Mistletoe and Magic. The concert features three guest choirs: The Vancouver Island Childrens’ Choir; A Cappella Plus; and Village Voices of Qualicum Beach, and is capped with an audience sing-along to favourite Christmas Carols.

“The combination of vocal and orchestral forces brings a wider array of textures, colors and emotional impact, plus majesty, power, intimacy to the performance,” says Simard. “It’s also great fun – and a rare occasion – for any singer to have an orchestra as accompanist.”

For Simard, there will be one piece in particular that evokes very special memories of a childhood Christmas, that literally changed his life.

“The very first piece which got me ‘hooked’ on classical music was Tchaikovsky’s Nutcracker. Hearing about this, my parents offered me the LP as a Christmas present. Without Nutcracker, I wouldn’t be a conductor!”

It’s no surprise then that Simard’s beloved piece would be included in the program, not just once, but in two different versions.

“We’re giving a twist to Nutcracker this year – with a McPhee transcription called The Nutcracker and the Mouse, including narration,” adds Simard.

The hauntingly beautiful Huron Carol will also be performed in two different arrangements; the rousing In Excelsis Gloria and Carol of the Bells will set hearts alight; and, as always, a carol singalong will round out a program that promises some surprises, including some Christmas tales from the podium. Simard is hard-pressed to predict which moment in the program will offer up that nugget of Christmas magic that stays with the audience long after the concert is over, and says it is different for everybody.

“For me, I especially look forward to combining our Children’s Choir voices to the orchestra, as well as those of the audience members for the end-concert singalongs.”

In addition to the VIS Childrens’ Choir, with grades 4-7 students, this year marks the first year that The Village Voices choir will be joining the annual Christmas performance. Starting from a modest membership of 25 in 1992, the mixed community choir has grown to approximately 75 singers. A Cappella Plus is celebrating its 37th season as a dynamic chamber ensemble, and love to collaborate with other choirs, and the VIS.

“I love the fact that we will have singers of all ages on the stage celebrating the Magic of Mistletoe,” says Patricia Plumley, choral director. “It’s very moving to hear both the clear, innocent sounds of the children’s voices and the rich depth of experience that the adult voices bring to the performance.

“And of course, in combination with the glories of orchestral magic, these two choral sounds will most certainly soar through the Port Theatre and stir the spirit of Christmas in our hearts and souls. We are feeling it even now as the music grows at each and every rehearsal.”

The occasion is always well-attended and has become an important tradition for many Nanaimo families, who will be waiting to hear their favourite holiday carols, plus new versions of old favourites and stories that add shape and give meaning to the Christmas season in its many forms.

“The Nanaimo area community looks forward to this event every year, and over the years we have been presenting a holiday event, that community has grown and evolved,” adds Simard. “It doesn’t matter your faith or whether or not you celebrate Christmas. Music is about bringing people together, because it is for everyone. It’s so important during these times to remember that no matter what you believe, what you celebrate, and who you love, we can all share in the love of beautiful music, and if you feel moved to do so, we can sing together.”

Mistletoe and Magic takes place December 14, at 7:30 pm at the Port Theatre.